Machine Learning Will Take Unmanned Systems To Next Level 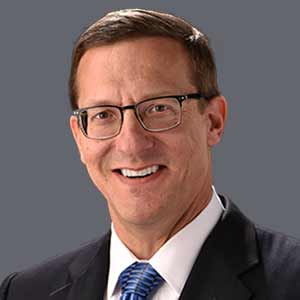 For the last two decades, unmanned systems, primarily in the form of remotely-piloted aircraft, have played a vital role in military strategy. With advances in computing power and machine learning, unmanned systems are poised to make a leap forward in the new decade – evolving from a mostly automated tool of the warfighter into an increasingly autonomous and integral partner.

Fully autonomous armed forces are still relegated to the pages of science fiction and movie screens for now. However, the near future will inevitably see a more profound shift toward human-machine teaming. In this new dynamic, man and machine will share situational awareness and decision making, each doing what it does best in a collaborative environment.

To a certain degree, this human-machine teaming is already present in military engagements. The TotalSight flash lidar imaging system, developed and built by Ball Aerospace and modified for use on the Insitu Scan Eagle UAV, delivers real-time, 3D color, full-motion video of the operational area of regard. The system provides warfighters critical x,y,z geolocation information that can be easily viewed, analyzed, and shared while on the move, providing mission-critical situational awareness. TotalSight is a perfect example of the critical role UAV systems can play in enhancing warfighter operations and adding capabilities not possible without a human/machine interface.

Today’s UAV systems are still reliant on a remote pilot knowledgeable of mission goals, objectives, context, etc. The next evolution in technologies, like TotalSight, will be shifting more of that knowledge and processing to the machine that will be piloted by on-board computers and artificial intelligence. To get to that point, a lot still needs to happen.

Perhaps the biggest hurdle is building trust between humans and their machine counterparts. Humans build rapport with each other through shared language, experiences, and context. When a fighter pilot flies a mission with three unfamiliar but human pilots, there is still a high level of trust based on the knowledge that they all went through rigorous training, have experienced a wide variety of situations and can be counted on to perform under pressure due to instincts and ability.

Now, imagine a human fighter pilot flying a mission with three unmanned jets. The pilot must trust that in any given scenario, the machine will perform as expected and at a high level, regardless of what unexpected situation might arise.

The human fighter pilot does not have to understand the specific algorithms that lead to the machine’s decisions, but they must know the machine’s capabilities, limitations, goals, objectives, and priorities. They must understand what the machine is trying to do and how it reached its decisions.

This transparency is vital to building what we call calibrated trust in the system. Well-calibrated human-machine trust will guide the degree to which pilots rely upon their autonomous teammates. They will appropriately rely on the autonomous system to perform well in situations for which it is designed.

Conversely, transparency will help the pilot better understand how the system will react to unexpected and novel situations that it may not have been explicitly designed to handle. The pilot’s knowledge of the system’s reaction to unanticipated situations (e.g., will it make the best guess and continue vs. ask for clarification before continuing vs. revert to another goal state) may lead him to appropriately reduce his reliance on the system in that given circumstance.

“The Human Fighter Pilot Does Not Have To Understand The Specific Algorithms That Lead To The Machine’s Decisions, But They Must Know The Machine’s Capabilities, Limitations, Goals, Objectives, And Priorities”

The ability to build calibrated trust will be achieved not only through transparency and understanding how systems reach decisions, but by developing expanded knowledge bases and experiential graphs that will provide machines with the context necessary to make decisions in the countless number of unique scenarios, it could encounter.

Even when we overcome the hurdle of trust, other challenges and pitfalls exist. There will always be concerns over cybersecurity and autonomous systems being hacked for nefarious reasons.

These are the concerns that undoubtedly keep warfighters up at night. But we are closer than ever before to address them, due in large part to the leaps being made in computing power. The complex algorithms that serve as the foundation for machine learning have been around for some time, but computational power that used to be in a server rack now is the size of a deck of cards.

This vastly increased computing power now gives us the ability to develop context within the machine, preparing it to perform in fluid situations and support decision-making by the human. We are still a long way from fully autonomous systems, in which the decisions are being made by the machines. This will require that systems not only know and understand goals, objectives, context, limitations, etc. but also weigh non-military factors, such as public sentiment and political ramifications.

We may never reach that point. A human may always be in the loop. But one thing is certain: the concept of human-machine teaming is evolving rapidly. As technology continues to mature, it is critical that we move forward safely and responsibly when giving more and more decision authority to our autonomous teammates. The benefits of shared situational awareness and decision making are too great to ignore. Achieved responsibly, the collaboration between humans and machines will increase successful outcomes, reduce collateral damage, and help bring our warfighters home safely.

Transportation problems that Europe will face in 2022.

The Importance of CNC Machining in the Aerospace & Defense Industry

The Future of Space Tech

Key Technologies that can Change the Future of Shipbuilding

All You Need to Know about IoT Enabled Maritime Fleet Management

Hei Rex, the asteroid has fallen: it's time to adapt! Quick guide to survive into the new age of Space Business

Home Automation for the Battlefield

Technology is the Future of Aviation Industry